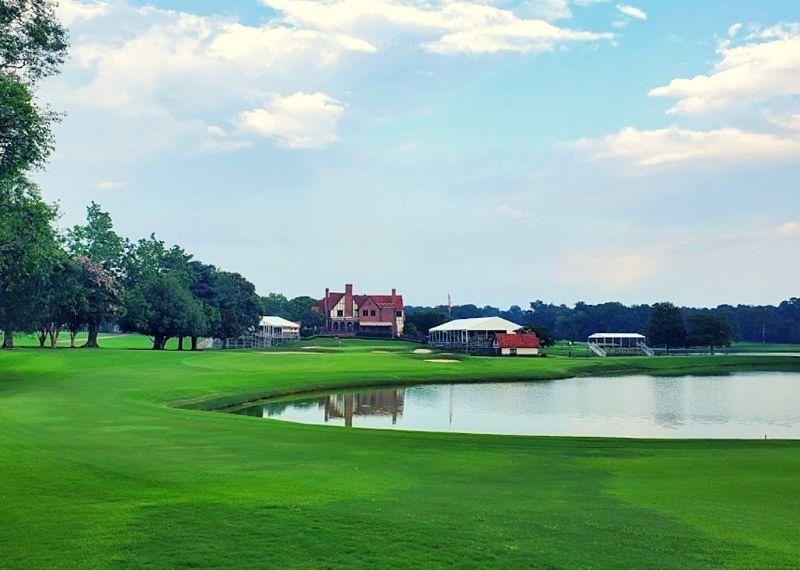 Known worldwide for its magnolia trees and Southern charm, Georgia offers visitors a beautiful coastline, mountains, and farmland along with mild temperatures and sunshine.

Georgia is also home to some of the most picturesque golf courses appealing to both amateurs and professionals alike.

Georgia is home to the TOUR Championship that will be taking place from Sept. 2nd-5th this year, making Georgia a premier golfing destination with hundreds of courses throughout the state.

The PGA Championship Tour starts in Georgia and closes out right back in the Peach State.

Aside from watching professional golf, Georgia offers some of the best and most prestigious public golf courses you can play on, making it the ideal setting for a golf getaway with your friends.

What to Know: The TOUR Championship

The TOUR Championship is a golf tournament that is part of the PGA Tour every year.

Historically it’s one of the final events of the PGA Tour season. In 2019 the tournament adopted a new format to ensure that the winner would also be the FedEx Cup champion.

The player with the most FedEx Cup points going into the tournament starts at 10 under par.

The player with the second-most points starts at −8, the third at −7, and so on down to the fifth at −5.

It has been presented to the winner of the Tour Championship since 2005.

It was made the official trophy for the tournament in 2017.

Each winner before 2005 has been awarded one retrospectively.

Past winners include Dustin Johnson and Rory Mcilroy.

This year will be the 16th consecutive year the PGA has played its TOUR Championship at East Lake Golf Club.

The East Lake Golf Club has been the permanent home of the TOUR Championship since 2005 and has its share of difficult holes to challenge the world’s best golfers.

East Lake Golf Club has played a central role in the remarkable transformation of the East Lake community.

The East Lake Foundation was formed to revitalize a suffering inner-city neighborhood and turn it into a vibrant community where all residents can thrive.

Over the last twenty years, the Foundation has worked with residents and public and private partners to provide the right combination of comprehensive programs and services to transform the community.

Legendary golfer Bobby Jones, regarded as one of the greatest golfers of all time, learned his craft at East Lake.

Bobby Jones was there at the age of 6 in 1908 when the club opened.

Jones won the Grand Slam in 1930, claiming all four of those championships in the same calendar year.

After that, he went on to help found Augusta National and the Masters tournament.

If you’re planning on going to the TOUR Championship and you want an elite travel experience, hiring your own chauffeur is the way to go.

Hiring a luxury golf limo service will guarantee that your trip goes smoothly from the moment you land in Georgia until you head home.

Premier Private Rides is not an Uber or LYFT service that will keep you waiting around, car sharing, and relying on a little bit of luck.

We are for world-class golf travelers who demand high quality, dependability, and style in their transportation.

We won’t keep you waiting at the airport for a ride to show up or competing with everyone else at the TOUR championship trying to get an Uber or Lyft.

Premier Private Rides is there when you need us, how you need us, and in the exact vehicle, you need us to be in. From stretch limos and Mercedes-Benz Sprinters to Cadillac Escalade ESVs and party buses, we have you covered.

All of our drivers are employees of Premier Private Rides so we can guarantee the best drivers in Atlanta.

Your exclusive chauffeur will cater to all your traveling needs while watching the TOUR championship and golfing in the Atlanta area.

To schedule your transportation with a chauffeur who knows the ins and outs of Atlanta, as well as all the golf courses throughout Georgia, contact Premier Private Rides today.